One month later and I’m here again. Blogging comes in waves for me. I’m always ready to talk and share about things that are happening in my house and life, but sometimes I don’t feel like I know exactly how to say it in this format. Then, I go through my emails and read all of your blogs and am inspired to play catch up, again. Many of you have children the same age as mine, and many of you also have twins. So it’s nice to see that my house isn’t the only one full of sometimes-controlled chaos.

Last year, the twins were just 5.5 months on Christmas, so they gummed their way around their very few gifts and we called it a day. 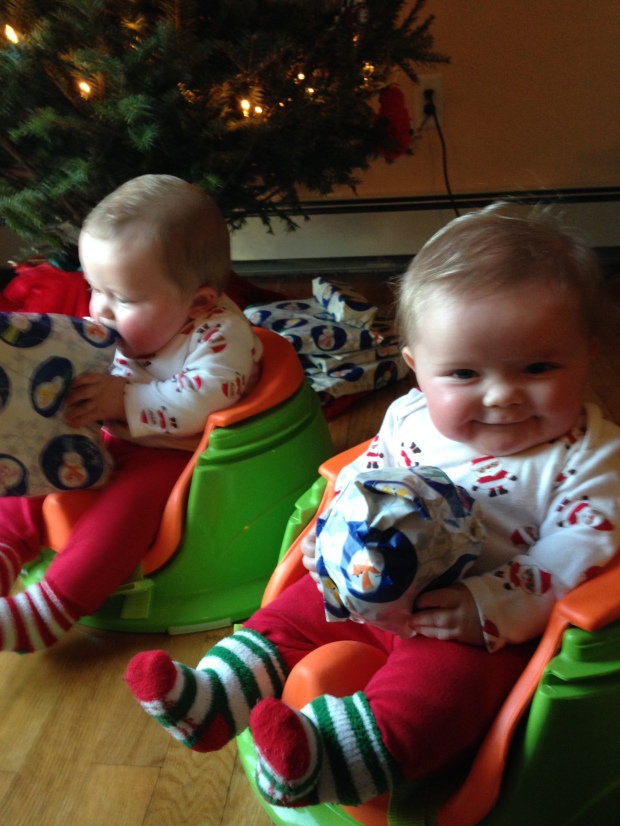 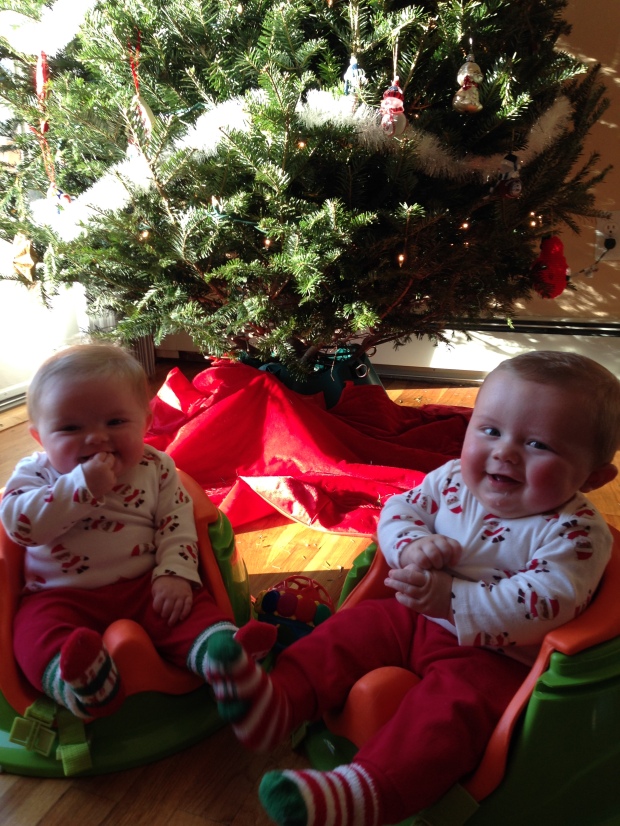 This year was vastly different, and in a very good way. For the first time, I really became aware of how fun it is to watch children experience Christmas. The kids loved opening their presents and ripping the paper. They loved “ooh”ing and “ahh”ing over whatever they found when they got the paper off, and then shrieking until Daddy cut open the box and assembled whatever it was. They liked our tree, our ornaments, their stockings. It was a lot of fun. They started to learn about Santa, and learned that he says “Ho, ho, ho”, but they treated it just like another animal who makes a sound. That’s about the extent of their Christmas knowledge for this year, and I’m okay with that. This year, at 17 months, their Christmas pictures looked more like this:

On Christmas Day, they crept over to the tree and checked out the packages (the first picture). But then they had breakfast and we hustled over to my mother’s house (the other pictures) for presents to be home before naptime. After nap, they ate lunch and we shuttled over to my in-laws for Christmas dinner. When we got home, it was baths and bed. So on that day, the babies never opened the presents under our tree (my husband and I exchanged our gifts at naptime haha). But that night, as I began the tedious process of sorting old toys with new toys, toys to keep, toys to hide, toys to sell, etc. I realized that the amount of presents and new toys they got that day were certainly enough to last them a while. Why rush the opening process? They wanted to play with each toy they got. Why make them leave a good thing? On the second day of Christmas, B got curious and they opened their stockings and enjoyed some downtime with their gifts. 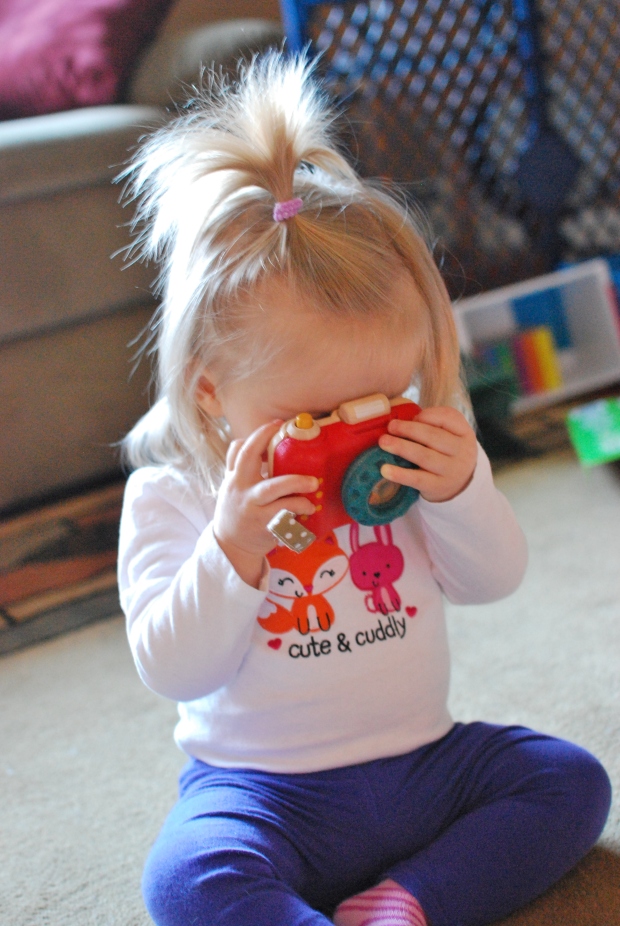 And today, the third day after Christmas, they opened the last few from us. 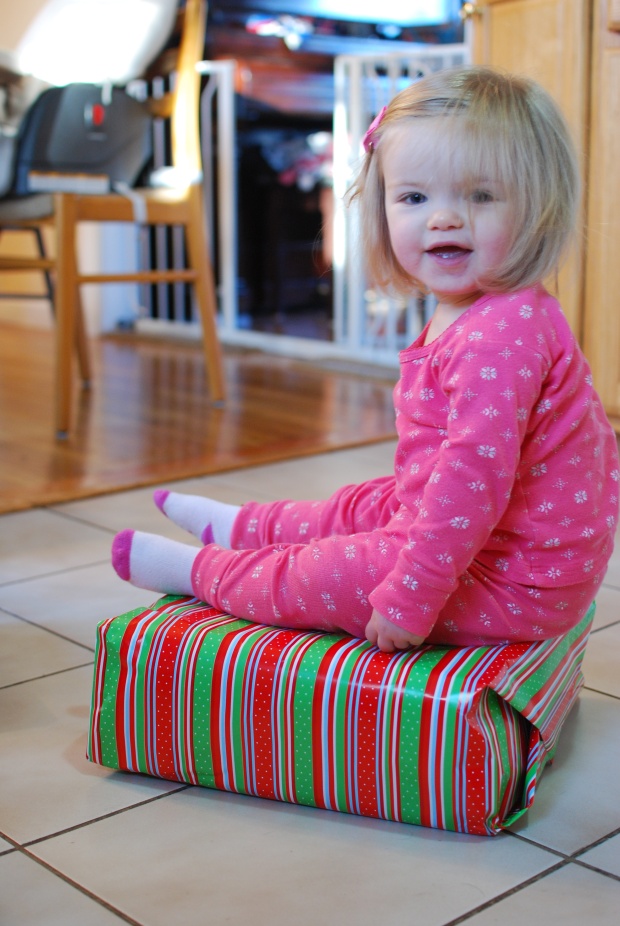 In fact, there’s still one more; a toddler-sized acoustic guitar to match the one that Grandpa has. And that will be saved for some day sometime soon when it would be fun to open just one more thing. Babies don’t need much – family was more than generous in what they gave to the twins. They can take their time getting around to playing with them.

As I mentioned earlier, my new task is TOY STORAGE. I want to rotate toys but we have no space. So for now I’ve basically taken out most of the toys they were playing with before Christmas and stuffed them in a closet. I’ve filled the space back up with most of their new toys, and even took a few more new toys and hid them as well. What was once squishy blocks and soft mobile animals is now trucks, cars, puzzles, letter and numbers. It was a very nice holiday for all of us!

One thought on “12 Days of Christmas”