I have mentioned before that I’ve always wanted to make the twins an alphabet they could hold onto and rearrange by themselves. My original idea, which I started when the babies were infants and I didn’t yet have a sewing machine, was to hand-sew felt letters filled with stuffing. I believe I made two letters before I quit – hand-sewing is just not worth it, and stuffing the letters was a giant pain. I shelved the project for quite a long time, not thinking much of it.

Recently, after finishing my last big project (the baby blanket bunnies), I scoured the internet looking for my next craft. I stumbled upon an amazing tutorial for making fabric letters. The blogger provided clear pictures and easy-to-follow directions, which seriously helped me in making these letters. I followed her craft to a “T”. After completion, I consider this project a great one for beginning sewers, as the stitches are straight and simple. While it took me a little time (a few nights worth), it wasn’t a massive undertaking by any means and I really enjoyed making them!

So here’s what I did. First, I gathered my materials.

Buying fabric is kind of addicting. (This fabric is super cute, and cheap!)  I only buy what’s on sale, and I purchased the three pieces on the left for under $4 total, for a half a yard each (which was way too much!). I purchased the two solid colors for like $1.50, as they were in the scraps pile. The fabrics on the right were leftovers from my buckle pillows. I had additional fabric donated from a few relatives. The only purchases I really made were the cotton batting and the fabric marker. The batting was $9 (find it HERE!), but I only used about 1/4 of it, and it’s some good quality stuff. I’ll be looking in the future for little projects I can use this with! In addition, the letters look the best when you use pinking shears, which if you don’t know (I didn’t!), they are special scissors that are fabulous for cutting fabric.  This pair is a great deal!

It’s really a straightforward project. I took a night just to cut – you need a top piece of patterned fabric, a bottom piece of solid color fabric, and two squares of cotton batting in the middle. I cut out the letters provided in the tutorial (so helpful!), traced them onto the fabric with a fabric marker, pinned my pieces together and started sewing!

Sewing along the lines was quite easy, as it’s straightforward. Cutting out the inside of a few shapes (A, B, P, D, etc) was slightly trickier and you need a pair of sharp, small scissors.

After the letters were sewn, I took my pinking shears and cut closely around the letters. The scissors added a nice touch! Here’s a finished letter: 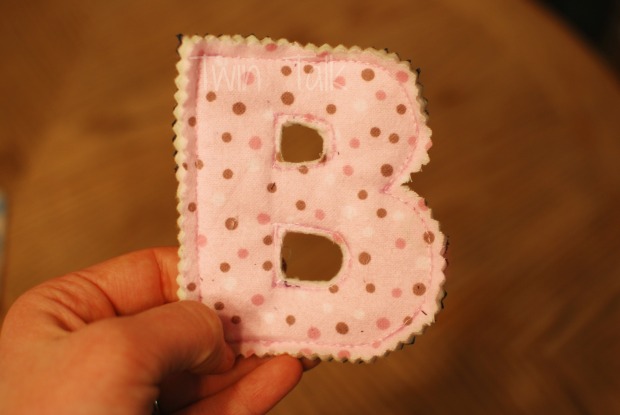 I really like the way they came out! This craft could be tailored to boys or girls with various interests, as the fabrics you choose define the way the letters look in the end. I was going for a “nursery” type vibe with most of my colors, but the original tutorial provides a more classic look. The next morning after finishing the letters, I surprised the twins with a new present, and they took to the letters right away; picking them up, excitedly identifying them, and sorting them on a chair. 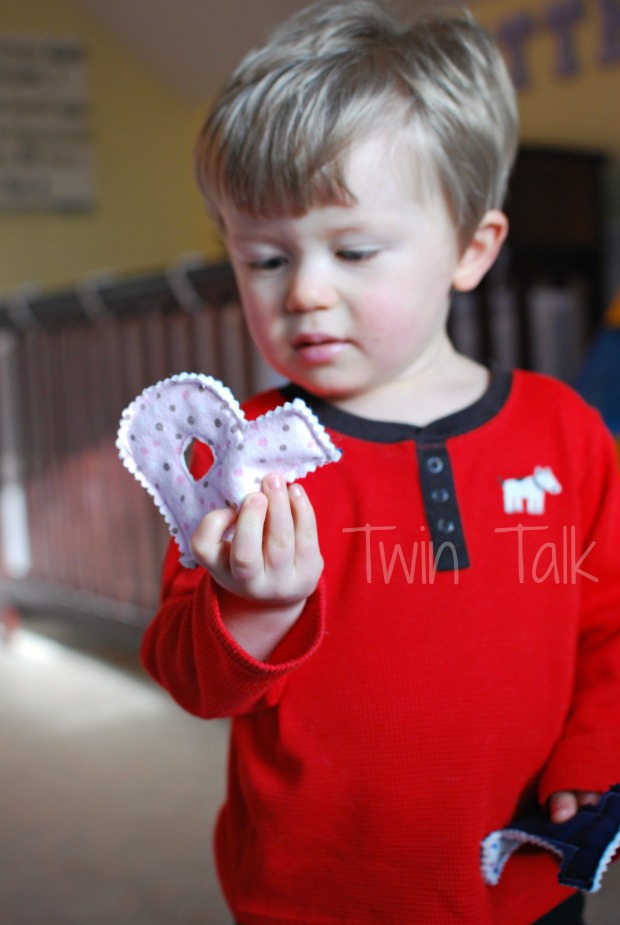 The basket of letters has now made its way into the playroom as a permanent fixture! 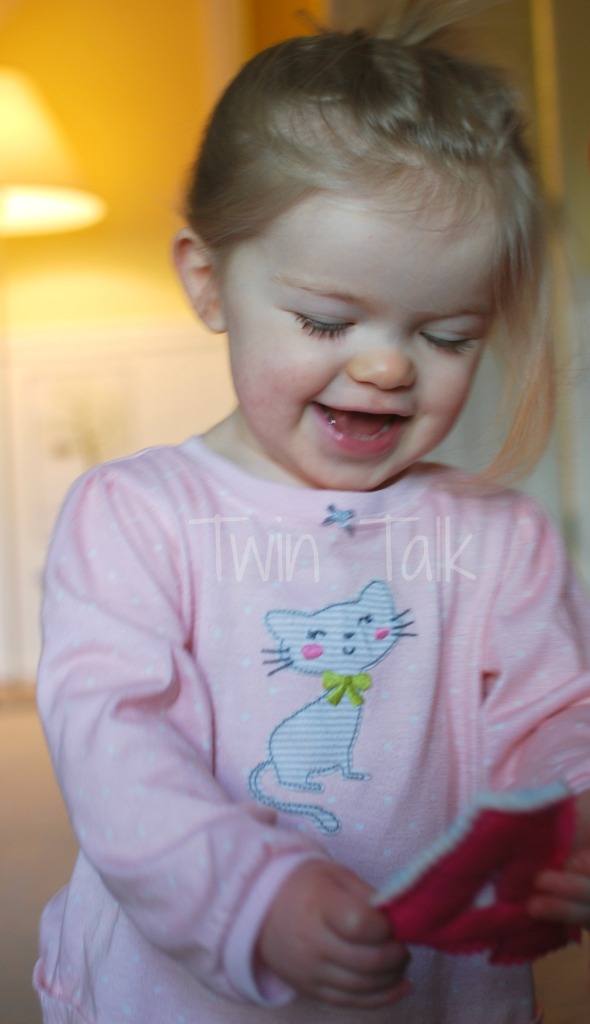 I got this craft idea out of my system now, but every few weeks I get the itch to start up a new project! I’ve already got my next one, and it’s long-term: FELT! More on that soon…