Apparently I’m one of the lucky ones. I have had next to no side effects from Clomid. Well, I have had some side effects, but I am chalking them up to the lifestyle I’ve been enjoying while on Clomid. I’m up in Northern Maine, visiting grandparents. We sit around, reading, playing cards, and eating. Non-stop eating. And it’s not healthy eating, either. So, my slight stomach discomfort and tiredness is going to be blamed on over-indulging, not Clomid. That said, I also had one hot flash this morning in bed, but it was hot in my room. No weird mood swings, though.

So I stand by what I said – next to no side effects from Clomid. I’ve got two more pills to go, which is exciting. I sure hope it’s doing what it’s supposed to be doing.

In other news, I’ve been giving my New Year’s post a lot of thought. It’s cliche, but what better time to step back, reflect, and form some new goals? So stay tuned. 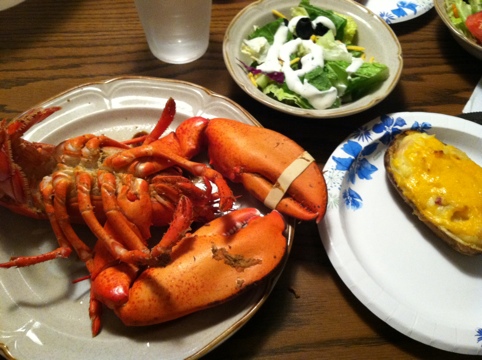 It finally happened. Clomid is in my stomach, officially. Its estrogen-blocking components are spreading throughout my body, including my brain, as we speak. It is in full Operation Ovulation mode.

There was much stress over FINALLY getting these pills in my hand, even up until the final hour. See, the prescription was called in to CVS by my nurse four days ago, on Friday. I waited until after the craziness of Christmas to pick them up. I was told, yesterday, upon getting to CVS, that the doctor had to authorize the prescription. Fast forward to today, 4:00. After 5 CVS calls TODAY, 3 calls to the Dr. TODAY, and 1 call from my nurse directly to CVS, I was finally able to get the pills. There was some major miscommunication. After my insurance required an additional authorization from my Dr., CVS said they never received this authorization, but the nurse said it was sent. So, on that went, all day today. I was told to take my first pill in the late afternoon, “after work”, so around 4 or 5:00. Thankfully, at the last moment, it went through.

As soon I swallowed it I warned those around me that if I all of a sudden became unbearably cranky, blame the meds, as a supposed side effect.

Three hours later, and all I feel is really tired, but it’s probably more of a sign of hiking followed by overeating, rather than the meds.

Bring on the next four pills.